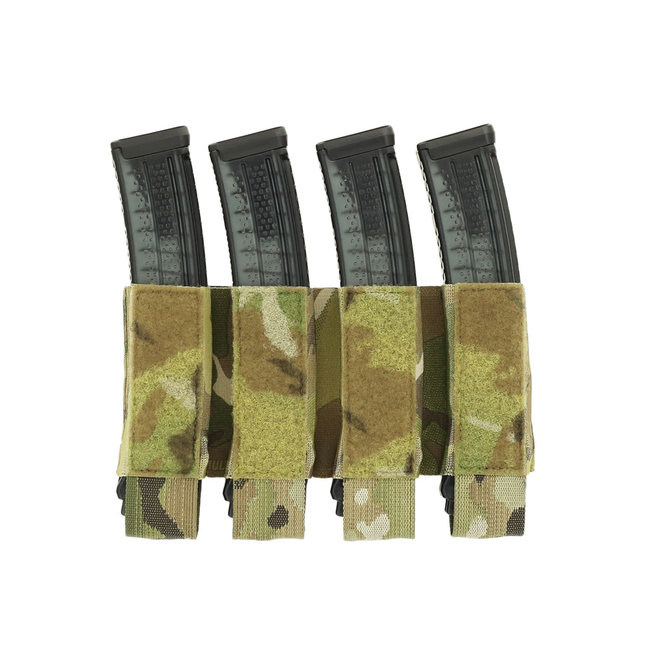 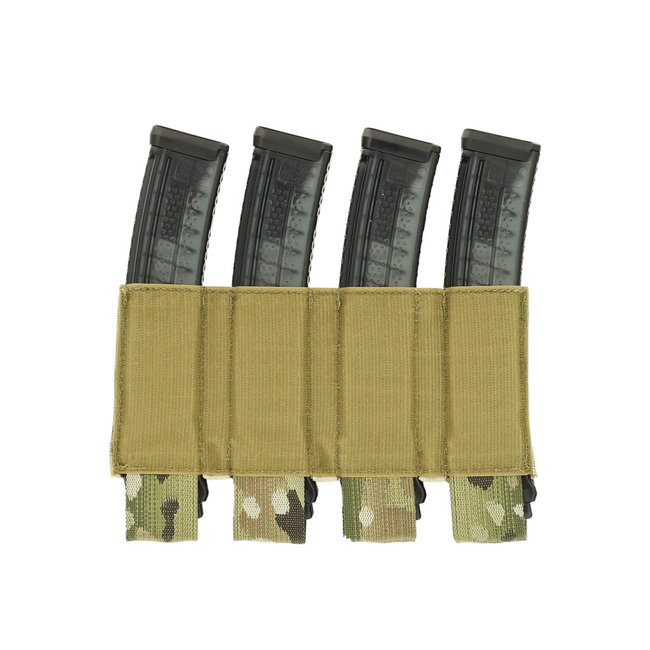 The Turnover™ Quad SMG Large securely retains up to four large style SMG magazines (such as Sig Sauer MPX, H&K MP7, CZ Scorpion Evo and similar) with elastic retention. Equipped with hook Velcro on the back side and loop Velcro on the front. Designed around The Slickster™ plate carrier but is able to mount on a wide variety of plate carriers with a Velcro cummerbund system. Also integrates into the Adapt Kangaroo Front Flap and the new DOPE Front Flap for added modularity.